Deedee Ajoku started the campaign that trucks should be banned at certain hours on Lagos roads in 2018 has sadly been killed by one.

Her friends, family, and fans are mourning her today.

According to her friend Simi, who shared the sad news, Deedee Ajoku was brutally killed by one of the trucks.
”Sometime ago my sweet friend deedee sent dis petition to me against trucks. Only for dis same trucks to murder her.  She didn’t deserve to be killed that way. She had dreams… Dreams dat dis truck took from her. Enough is enough. Pls RT @jidesanwoolu @segalink #justicefordeedee”, Simi wrote while announcing her death. 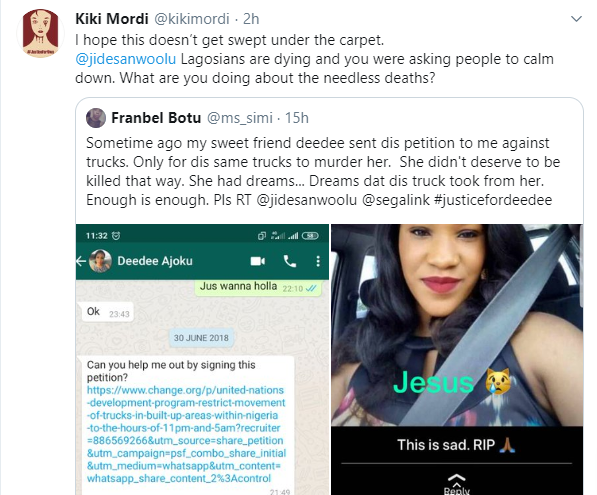 ‘My husband deflowered and impregnated our daughter twice’ (2)